Czechia: Help Save the Internet from the Copyright Directive 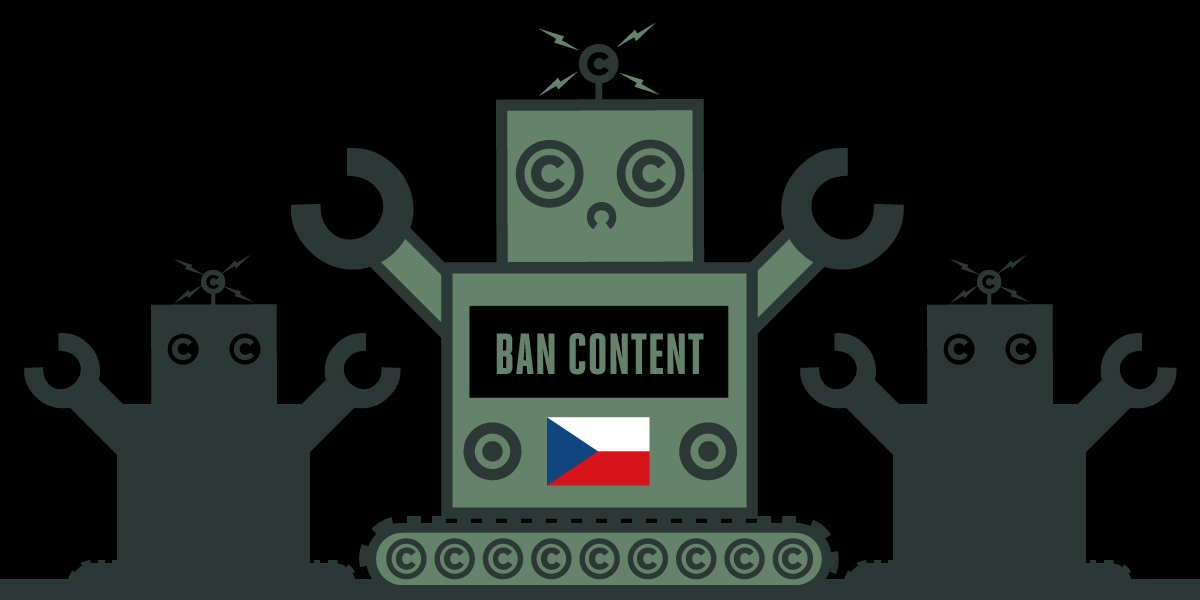 Please write to the ministers responsible for Czechia's position, and urge them to vote against Article 13 and Article 11.

Article 11 would create a “link tax” by making platforms pay for linking to news sites where those links include more than a word or two from the story or its headline, essentially allowing newspapers to decide who can link to them—and at costs they decide. Small, independent press outlets could be blocked altogether from linking to established news sources -- even for the purposes of criticism and commentary — or they could be charged much more than their counterparts in the mainstream.

But it’s not too late: the European Council — made up of representatives from EU member states like Czechia — will vote on the Directive on January 18. Their decision will shape the future of the Internet, possibly for generations to come. Tell your government to strike a blow for fairness and against market concentration and censorship. Don’t let the EU sell Big Tech a very cheap ticket to a guarantee of continued Internet dominance.