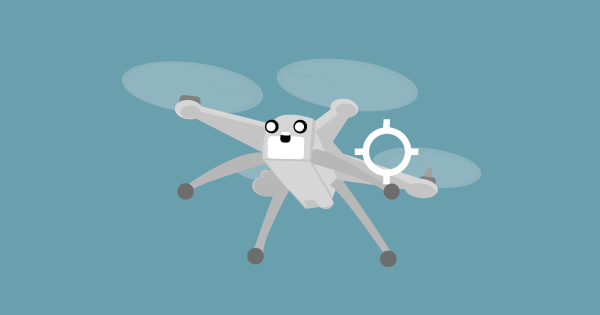 When government agencies hide their activities from the public, private drones can be a crucial tool for transparency and journalism. But now, some members of Congress want to give the Department of Justice and Department of Homeland Security—including Immigration and Customs Enforcement (ICE)—the power to intercept and destroy private drones it considers a “threat,” with no safeguards ensuring that that power isn’t abused.

The Department of Homeland Security routinely denies reporters access to detention centers. On the rare occasions DHS does allow entry, the visitors are not permitted to take photos or record video. Without other ways to report on these activities, drones have provided crucial documentation of the facilities being constructed to hold children.

We can’t hand the right to take over or shoot down private drones to the DHS and DOJ, offices that are already notorious for their hostility to public oversight. To make it worse, Congress is granting DHS and DOJ broad drone-destroying powers as part of a routine Federal Aviation Administration (FAA) reauthorization bill, with no chance for meaningful debate on how best to limit the government’s authority to intercept or destroy drones.

The FAA bill would give DHS the ability to “track,” “disrupt,” “control,” and “seize or otherwise confiscate” any drone that the government deems to be a “threat,” without a warrant or due process. It’s easy to see how language this broad and vague could be abused: DHS and DOJ could interpret it to include the power to stop journalists or private citizens from using drones to document their activities, including malfeasance at DHS detention facilities.

The FAA reauthorization is not the place for these dangerous provisions. If lawmakers want to give the government the power to hack or destroy private drones, then Congress and the public should have the opportunity to debate how best to provide adequate oversight and limit those powers to protect our right to use drones for journalism, activism, and recreation.