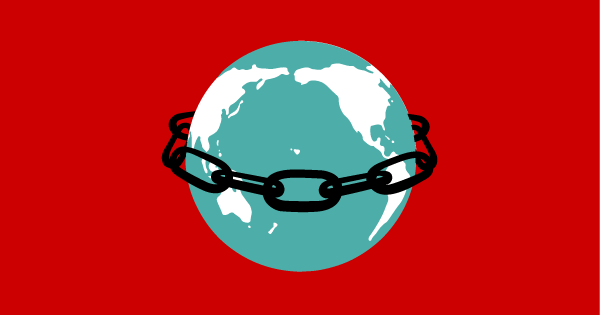 The Trans-Pacific Partnership (TPP) agreement is a terrible deal for users' digital rights, both online and off. Why haven't top lawmakers taken a stand on this critical issue?

Ask Leader Pelosi to take a stand against the TPP

The Trans-Pacific Partnership is an unprecedented threat to many of the goals we share and for which we appreciate your leadership: good jobs, higher wages, strong climate policies and a livable environment, affordable medicines, safe food, human rights and an open Internet.

Given the broad public opposition on display this election cycle to trade agreements that expand corporate power to the detriment of most of us, holding a vote during the lame-duck session—when members of Congress are the least accountable—would be unfair and undemocratic. Yet that is precisely what GOP congressional leaders are suggesting.

Please join presidential candidates Hillary Clinton and Bernie Sanders, and publicly oppose any lame duck vote on the TPP. We are counting on you to lead the fight against a TPP lame duck vote and deliver this message loud & clear to all House Democrats.

Since the White House signed the TPP in February, we have taken our fight to defeat this anti-user deal to Congress. We expect the President to submit a bill to ratify the agreement soon, but he won't do that if the TPP doesn't have solid support among lawmakers. So we need to urge our lawmakers to come out against the agreement now.

As House Minority Leader, Nancy Pelosi is perfectly positioned to stop the TPP

If she took a public stance against the agreement, that could kill the deal once and for all. We need to call on her to defend our digital rights and take the lead in opposing this deal.

Take action today to ask Leader Pelosi to stand up for Internet users and reject the TPP.

Note: the text of this petition is identical to a petition being circulated by other groups, but by submitting your name here, your details will be subject to EFF's privacy policy and will not be shared with other groups.

Thank you Representative Pelosi, for supporting users by declaring on July 21 that you will be opposing the TPP in Congress!