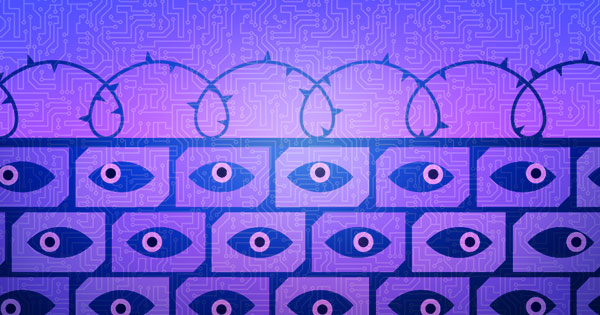 Increased mass surveillance, including at the border, threatens everyone’s civil liberties. Yet some Congressional Democrats, looking for alternatives to President Trump’s demand for a border wall, recently offered a border “security” proposal that suggests expanding surveillance at the border. That could lead to new funding for technologies that invade the privacy of immigrants, travelers, and American citizens living near the border.

Let’s tell them: Trading a physical wall for a digital surveillance wall that violates our civil rights is not an option. Send a tweet to Congressional leaders asking them to Stop the Tech Wall.

The Congressional proposal calls for expanded air operations around the border. This could mean increased use of drones, which indiscriminately monitor everyone near the border—including American citizens and other legal residents going about their daily lives.

The proposal also calls for the use of “new cutting edge technology” at the border, which could refer to more automatic license plate readers, or to biometric screening like face surveillance and DNA collection.

A physical wall at the southern border has been roundly criticized. But building a surveillance wall of invasive technologies is not a good alternative. Tell Congressional Democrats not to fund invasive technology at the border.