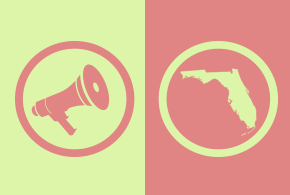 A dangerously misguided Florida bill would forbid websites from operating anonymously just because they meet a vague definition of disseminating “commercial recordings”—and it's headed for a vote this week.

Supporters of the “True Origin of Digital Goods Act” say it's about “piracy,” but it would actually have disastrous consequences for anonymous online speech both inside and outside the state. Anybody operating a website that is even “likely to” host music or videos “directly or indirectly,”—even their own music or videos—could be ordered to reveal their name and address.

This new law isn't just unnecessary to enforce federal copyright or trademark laws—it also creates a new avenue for legal abuse. Anyone “aggrieved” by an anonymous website owner could take that owner to court, without having to show legal harm.

Anonymous speech is a vital part of the American free speech tradition, and of the rights guaranteed by the First Amendment. Artists, writers, and citizens rely on the freedom to speak anonymously through blogs, independent news sites, amateur video and music, and other websites and services. They rely on anonymity to voice unpopular opinions and speak truth to power without fear of harassment or reprisals at work or at home.

If you're in Florida, act now to tell your lawmakers: don't sacrifice anonymous speech at the altar of vague anti-piracy policy. Vote no on “True Origins of Digital Goods Act,” HB271 in the House and SB604 in the Senate.