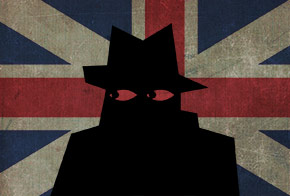 A small group of former police chiefs, defence ministers and intelligence officials in the House of Lords are attempting to sneak in Internet spying provisions into the law next Monday, without any explanation or warning.

Their eighteen pages of amendments to the Counter-Terrorism and Security Bill would grant the UK government sweeping new powers to compel telecommunications companies to harvest and store data collected on their users, and for police and intelligence companies to obtain and analyze that data without warrants or effective oversight.

The Lords' proposals were introduced at short notice, without the usual explanatory notes that would let other peers decide for themselves whether they are appropriate. Britain's House of Lords are expected to consider the new amendments on Monday, leaving them only this weekend to find out just how bad these amendments are.

Tell the peers to reject this flagrant abuse of parliamentary procedure, and to stand guard against any future Internet spying bills.

Over 150 peers are on Twitter, and you can write to them right
now.

Read more:
* The 18 pages of amendments
* Open Rights Groups' report on the bill
* The Guardian's coverage of the bill

We did it! After a forceful debate on Monday 26 January 2015, in which many peers protested the introduction of these amendments, Lord Blair withdrew them from consideration.