Tell Congress: My Phone Calls are My Business. Reform the NSA. 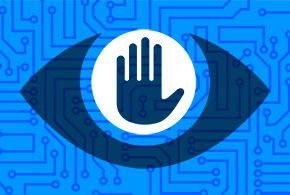 The USA PATRIOT Act granted the government powerful new spying capabilities that have grown out of control—but the provision that the FBI and NSA have been using to collect the phone records of millions of innocent people expires on June 1. Tell Congress: it’s time to rethink out-of-control spying. A vote to reauthorize Section 215 is a vote against the Constitution.

On June 5, 2013, the Guardian published a secret court order showing that the NSA has interpreted Section 215 to mean that, with the help of the FBI, it can collect the private calling records of millions of innocent people. The government could even try to use Section 215 for bulk collection of financial records.

The NSA’s defenders argue that invading our privacy is the only way to keep us safe. But the White House itself, along with the President’s Review Board has said that the government can accomplish its goals without bulk telephone records collection. And the Privacy and Civil Liberties Oversight Board said, “We have not identified a single instance involving a threat to the United States in which [bulk collection under Section 215 of the PATRIOT Act] made a concrete difference in the outcome of a counterterrorism investigation.”

Since June of 2013, we’ve continued to learn more about how out of control the NSA is. But what has not happened since June is legislative reform of the NSA. There have been myriad bipartisan proposals in Congress—some authentic and some not—but lawmakers didn’t pass anything. We need comprehensive reform that addresses all the ways the NSA has overstepped its authority and provides the NSA with appropriate and constitutional tools to keep America safe.

In the meantime, tell Congress to take a stand. A vote against reauthorization of Section 215 is a vote for the Constitution.