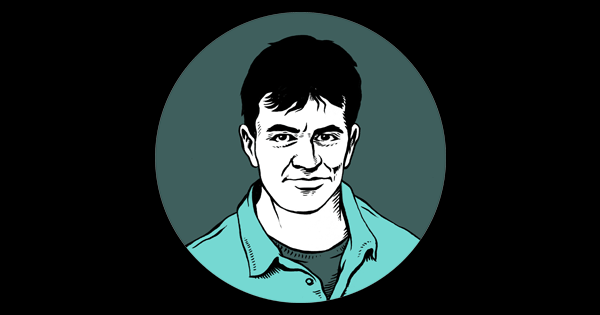 Saeed Malekpour is a Canadian developer who was seized from the streets of Tehran by Iran’s Revolutionary Guard in 2008. His crime? He wrote open source code for Web image uploads that was later used without his knowledge by an Iranian pornography site. Tell Justin Trudeau to fight for his freedom.

After the Net was used to organize protests against the Iranian President, the Iranian Revolutionary Guard formed a “Cyber Counter Attack unit”, aimed at controlling the Iranian Internet. One of the units’ first victims was Saeed, a coder living in Canada, who had travelled to Tehran to visit his sick father. Since then, Saeed has been tortured, forced to confess to impossible crimes, and sentenced to death twice. He is currently serving a life sentence in the notorious Evin prison. During his incarceration, his father has died, his mother suffered a heart attack after watching his Saeed’s forced confessions broadcast on Iranian television, and his sister was forced to flee Iran after threats were made by Saeed’s jailers.

You can read Saeed's letter that he smuggled out of Evin prison documenting his mistreatment, but be warned: it is upsetting reading. For the crime of writing that letter, Saeed’s sentence was extended by eight and a half years.

Justin Trudeau’s new administration has committed to re-normalizing relations between Canada and Iran. They have a perfect opportunity to highlight Saeed’s case and use diplomatic pressure to release him as a condition of further cooperation between the countries. Or they could ignore his case in the pursuit of an easier negotiation.

So far, the Trudeau administration has declined to highlight Saeed’s case, despite many opportunities to do so.

Write now to Justin Trudeau and Stéphane Dion, Canada’s Minister of Foreign Affairs. Tell them not to forget Saeed, and work for his return to Canada and his family there. It’s the right thing to do: for Canada, for Saeed, and for the Internet.

Thank you speaking out in defense of Saeed Malekpour. Thanks to the perseverance of supporters like you, Saeed is now free, and home with his family in Canada.