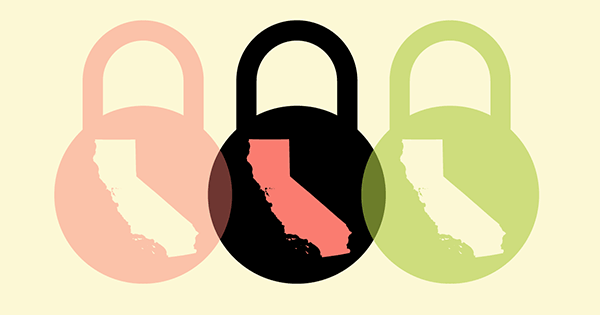 Los Angeles riders deserve privacy in the bike and scooter trips they take —be they for work, medical appointments, social engagements, prayer, or other First Amendment-protected activities. The next phase in LADOT's Mobility Data Specification (MDS) will force dockless ride-sharing services to push precise location data to the city for every ride in Los Angeles. However, without responsible use and privacy policies, the department remains out of compliance with its duty to protect the people of Los Angeles.

Thousands of Angelenos rely on these services every day. We can't let the LADOT sign away their right to privacy. Tell your City Council member to put the brakes on this dangerous program.

Intent and impact are not the same. The Los Angeles Department of Transportation (LADOT) may have good intentions behind its demands for data from bike and scooter operators, but LADOT has not balanced those intentions with the privacy and safety of the people of Los Angeles.

Like many cities across the US, Los Angeles streets were unexpectedly overwhelmed with dockless scooters and bicycles. LADOT’s intent to address this issue is admirable. But any effort to address the problem must be coupled with responsible oversight.

LADOT’s data sharing mandates for electronic bikes and scooters, which it refers to as its Mobile Data Specification (MDS), have failed in this regard. It has failed to adopt clearly articulated policies regarding how it will use the data, how long it will retain the data, when it will delete the data, and the conditions on which it shares data with third parties. Despite this, LADOT has already shared access to this data with Delaware based for-profit corporation Remix.

What started as a plan to improve access and ensure that bike and scooter operators complied with the agency's permitting requirements has evolved into a surveillance program with little obvious thought for the privacy rights of Los Angeles residents. Los Angeles riders deserve privacy in the bike and scooter trips they take —whether for work, doctors appointments, social engagements, prayer, or other First Amendment-protected activity.

The Los Angeles City Council has requested action from LADOT to regulate the use of bikes and scooters on Los Angeles streets. But in attempting to meet that mandate, LADOT has ignored the privacy and civil liberties of the people of Los Angeles. Tell your City Council member to act now, and put the brakes on LADOT’s planned April 15 expansion of the MDS until it has responsibly addressed the significant risks to the freedom, safety, and privacy of Los Angeles residents.